The shocking news from Indianapolis has made the AFC South the Houston Texans’ to lose. 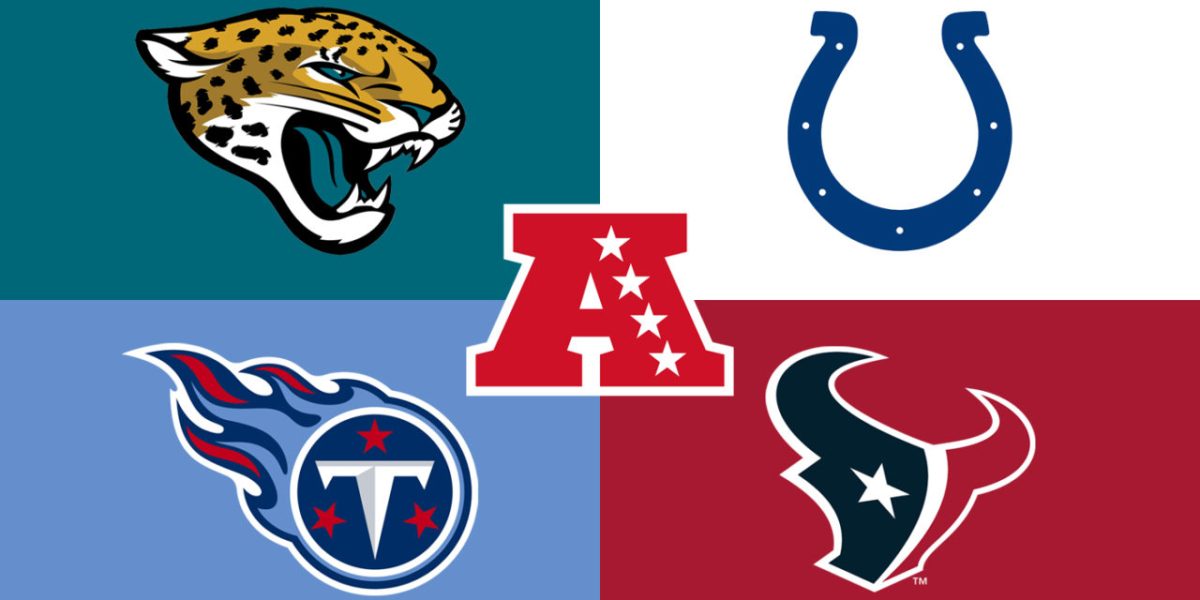 As a part of our preparation for the upcoming NFL season, my fellow FTS Writer Adam Simkowitz and I decided to dive deep into every teams’ offseason, picking the most interesting players and storylines to follow this season. Accompanying these players and storylines are draft class summaries, teams’ strengths and weaknesses, and record predictions. We’ll release two AFC and NFC division previews per week, and we now we’ll finish off the first week with the southern divisions.

Here are the previous division previews:

2019 Draft Grade: D+ I didn’t really love what the Texans did this year. Tytus Howard felt like a total reach to me, probably as a result of the Eagles leapfrogging them to draft Andre Dillard, the superior tackle prospect. Lonnie Johnson Jr. is a somewhat understandable pick at 54, filling the absence of Kevin Johnson and the eventual departure of Jonathan Joseph. I appreciate the Texans’ effort to bolster their offensive line, but they may have gone about it in the wrong way. We’ll definitely see Tytus Howard and Max Scharping get regular-season reps this year, but I wouldn’t get my hopes up about these first-year tackles.

Player to Watch: Deshaun Watson, Quarterback – I’m going to be honest for a second. When times get tough, and my spirits are down, I try to go to my happy place. My happy place is a wonderful, make-believe land where bad things don’t happen, the clouds are made out of cotton candy, and everyone is happy. In my happy place, Deshaun Watson plays behind 5 Hall-of-Fame offensive linemen. Here are a few stats regarding Deshaun Watson’s 2018 season. In 2018, Deshaun Watson was sacked 62 times in 16 games, which averages out to be about 3.8 times per game. Despite this, he managed to account for over 4500 yards and 30 touchdowns. If Deshaun Watson has a somewhat functional offensive line, his production has no ceiling. With the addition of two Top-100 draft picks to his offensive line, I’m hoping that this year will be a little easier for Watson. The world deserves to see Deshaun Watson at his highest potential.

2019 Draft Grade: B – Chris Ballard seems to have figured out the draft (For now). The Colts recognized their team needs (WR, Secondary,LB), found out where the value was for these positions (picks 30-90), and put their resources into dominating that section of the draft. Rock ya-Sin is a physical, instinctual corner with a good amount of room to grow. Ben Banogu and Bobby Okereke are both ridiculous athletic specimens in their own ridiculous ways. Parris Campbell is a modern Swiss Army Knife at WR. This class could easily become as successful as their class from last year. However, their appearances will be limited this year, as the Colts are in championship contention. As of now, Okereke and Ya-Sin are the only rookies slotted to get a good amount of playing time this season, but I bet we’ll see some of Campbell and Banogu this year.

2019 Draft Grade: A- – I think the Jaguars may have the league’s most immediate impact from their draft class (Outside of the Arizona Cardinals). Josh Allen (EDGE) and Jawaan Taylor (OT) are both future starters, and Allen is a very strong candidate for Defensive Rookie of the Year. He showcased his defensive versatility in the preseason, wrecking offensive tackles from the edge and being a complete playmaker in the open field. Taylor is slotted to start at right tackle, and he played very well in the preseason, which is rare for a rookie offensive lineman. Josh Oliver (TE) out of San Jose State will see some playing time, both as a blocker and as a possible mismatch in the passing game.

Player(s) to Watch: Taven Bryan, Defensive Tackle; D.J. Chark, Wide Receiver – I chose both of these players for the same reason. You could probably guess why; they’re both second-year players in which the Jaguars invested a good amount of draft capital, and neither of them have shown their worth yet. It’s not necessarily a make-it or break-it year for these sophomores, but another disappointing year from these two could spell trouble for the rest of their respective careers. From what I’ve seen this offseason, it’s more likely that D.J. Chark will be able to progress in a substantial way this season.

2019 Draft Grade: A -This draft for Tennessee has been par for the course on their upwards trend as a franchise. They selected Jeffery Simmons (DE) in the first, who’ll likely succeed Brett Urban as a starting defensive end by the end of the season.A.J. Brown (WR) was one of my favorite receivers from the draft. He runs like a running back after the catch, and he’s able to create separation at a borderline elite level. Given their weak receiving corp, I’d imagine that he’ll get a healthy amount of playing time this season. Amani Hooker (S) and D’Andre Walker (LB) were both picks of a high value, but it’ll be a while before they see first-team reps, barring injuries to their current starters.

Player(s) to Watch: Derrick Henry, Running Back – Okay, this was a selfish and possibly a mean pick. At most sports-books, the line for the over/under for Henry’s rushing yards this season is around 1220 yards right now. Last year, Derrick Henry rushed for 1059 yards. This included a 99 yard rush against Jacksonville. If you remove that one anomaly of a play from his 2018 stats, he ran for 960 yards; while missing zero games. There is nothing, and I mean nothing that indicates that he will increase that total by about 250 yards this year. Their offensive line remains the same, except they’re losing Taylor Lewan for four games. Their quarterback is the same, and he’ll likely play more than he did last season, taking away even more from Henry’s production.

The recency bias on Derrick Henry’s rushing abilities is strong. It reminds me of when Jay Ajayi broke out, rushing for over 200 yards three times in 2016; then regressed in an extreme way in 2017, rushing for 20 less yards per game. I love watching Derrick Henry play, when else are we going to see a running back that is almost always the strongest player on the field? I just think that the NFL Media has hyped him up far too much, and he’s due for regression this year.

Harold Landry II, Edge Rusher – I decided to include Harold Landry in my players to watch only because I felt guilty after writing my thoughts about Derrick Henry. I’ve loved Landry since his sophomore year at Boston College, where he racked up 16 TFL and completely wrecked Florida State in primetime. He rushes the passer with a blend of power and finesse, showcasing a beautiful array of pass-rushing moves, and he has a great motor. He was a steal in the second round of the 2018 draft, and he played very efficiently in his limited reps as a rookie. Now he’s a starting edge rusher for Tennessee, and I’m really excited to see if he makes a leap in his second NFL season.

Marcus Mariota’s Fifth Season – This year, the former #2 overall pick is entering the fifth and final season of his rookie contract. Up to this point, his career has been painfully average in just about every way. He is 27-28 as a starter, his QBR has hovered around 55 in every season of his career, and he graded as the 18th best quarterback in the league last year, according to Pro Football Focus. It’s actually impressive that Mariota never seemed to slip into the lower tiers of NFL QBs, he’s had to deal with three different head coaches in his four years in the NFL. He’s never had an above-average supporting cast of skill-position players, and his offensive line has at times been objectively horrible. This is the most important year of Mariota’s young career, his level of play this year will likely decide his future with the Titans’ organization.

The Houston Texans’ General Manager (Or Lack Thereof) – After firing Brian Gaine, their incumbent general manager, this past June, the Texans were without a general manager heading into the 2019 season. Another interesting aspect to this situation is the fact that they fired their GM after the 2019 draft and the entirety of free agency. One would assume that a general manager is necessary for an NFL franchise, but Houston has decided to roll into the regular season using a GM-by-committee approach. So far, this has led to the Texans trading a fourth-round pick for a one-down running back. It’s rare for a team with the opportunity to contend for the AFC Championship to have such a lack of stability and leadership at the top of their front office.